The F150  Revit Family
I created this F150 Revit Family using the Mass Family Editor.
All the exterior parts including the quarter panels and hood are separate families. They are nested together to make one entire F150 model. 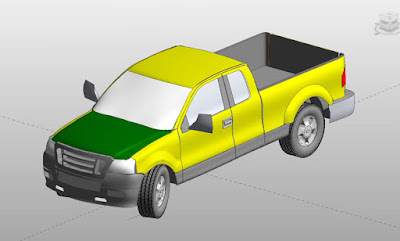 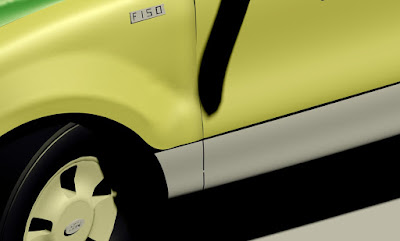 I also made the F150 "adaptive". The hood, doors, and tailgate are able to be opened and closed using the an adaptive component shape handle point. If you have not experimented or used the adaptive component family yet, run as fast as you can and try it out. You will be glad you did. 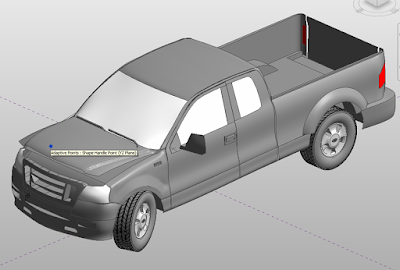 This adaptive Revit Family was featured in a lab class I taught at the Revit Technology Conference. All attendees learned how to make the hood of the F150 move by mouse drag.
See the video below for a demonstration.

As I mentioned in the previous post, the treads on the tires are curtain wall panels. 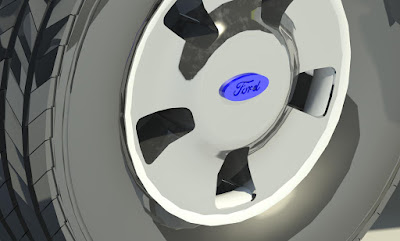 Posted by Marcello Sgambelluri at 1:19 AM